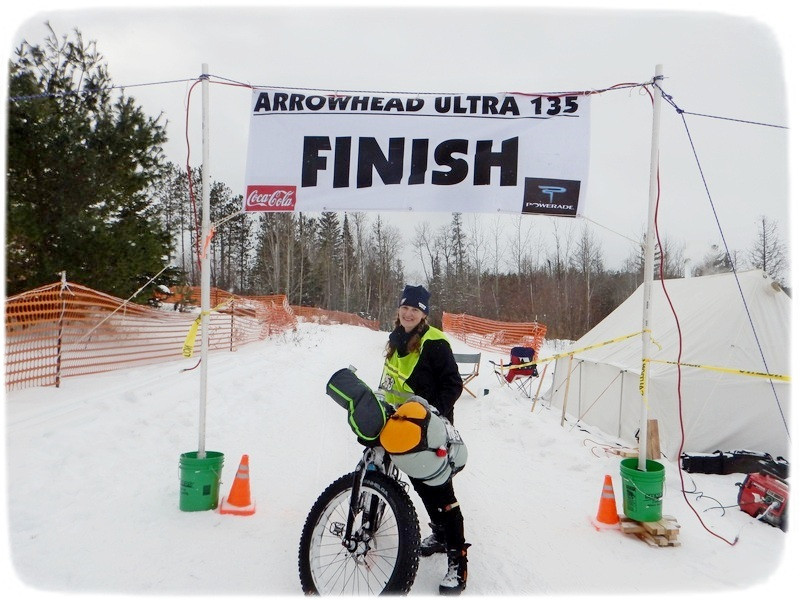 Riding a bike for 135 miles in the snow, with little or no sleep, and in January temperatures, is an ultimate challenge. Now, imagine stopping to breastfeed for your 7-week-old baby along the way.

It took about 31 hours to finish the race course. But that’s just what super-mom Sveta Vold did at the Arrowhead 135 Ultra this week.

Sveta, a Minnesota transplant from Belarus, is no stranger to endurance bike events. She finished the tough Arrowhead 135 last year, too, among other events.

The athletic mother of two described this year’s race as being “against stereotypes.”

“After I finished the race in 2015, I found out three months later that I am pregnant, and the doctor said the baby will be born at the end of November,” she wrote. “In that moment, I started to dream about racing the Arrowhead in 2016.”

Training Before (And After) Childbirth

Throughout her pregnancy, she continued to train for this race, riding her bike and running to prepare mentally and physically.

“I rode my bike until the last day before the baby was born and I started training one day after my daughter, Yeva, was born,” said Sveta.

After the birth of her daughter, Sveta picked up where she left off. Within just a couple weeks of giving birth she ran a half marathon with her baby in a stroller and completed two shorter bike events. 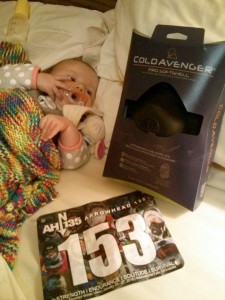 With the help of husband Dan Vold, Sveta lined up to the start of the Arrowhead 135, which kicked off this past Monday in International Falls, Minn.

Dan was in charge of keeping the baby bundled as they drove between remote checkpoints to rendezvous with mom.

Unlike the other racers beside her, Sveta had another challenge to plan for: breastfeeding.

“I made a plan that Dan would show up with Yeva at the 2nd checkpoint for breastfeeding,” said Sveta. The checkpoint is located at a cabin resort about 80 miles along the trail.

In addition to the mandatory winter-survival gear all racers are required to bring on their bikes, Sveta had packed a portable breast pump so that she could continue pumping along the wilderness route.

“With breastfeeding and pumping during the race, which took about 15 – 20 minutes each time, you could not think about racing. I was just relaxing during the race and not worrying about my place — just keep going [was my mantra].”

Only at the last checkpoint did she feel a competitive push. “When I found out I was the 3rd-place women at that point, I didn’t finish my coffee… I got on my bike and went straight to the finish, only stopping to pump milk,” she recalled.

Sveta finished the race as the 3rd place woman with a time of 31 hours and 44 minutes. 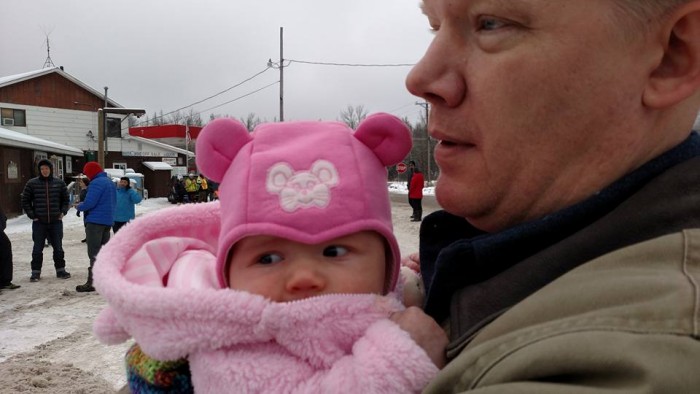 “The race was hard mentally,” she wrote. “When you’re pushing your bike up many hills, many times, and when your speed most of the time is 5 – 6 miles per hour, it’s hard. But, then I think that this is the Arrowhead! This race is one of the hardest in the world.”

She wants her story to inspire other new moms who strive to race or keep active after childbirth.

“I hope my experience can help other women who are scared to have a baby and thinking that you cannot do what you did before. This is a stereotype. You can do it, if you plan right and have the right partner with you.”

–See the leaderboard and results from the 2016 Arrowhead 135 Ultra.

MINNEAPOLIS (WCCO) — It’s a race so challenging less than half of those who enter are even able to finish.

The Arrowhead 135 Ultra is a 135-mile endurance race along the rugged Arrowhead State Snowmobile Trail from International Falls to Tower, Minn.

“This is one of the hardest winter races in the world,” Sveta Vold of St. Louis Park said. “Very often, you’re thinking, ‘Why am I here? Why do this? I will never bike again.'”

It’s an incredible challenge for anyone. So imagine doing it just seven weeks after giving birth – and stopping to breast feed your baby along the way.

That’s what Vold accomplished this week, when she pulled off something even Paul Bunyan would have a hard time doing.

But then again, as the mother of a 7-week-old baby, Vold is no stranger to sleepless nights.

“If you want to finish good, you need to keep going all the time,” she said. “You stop at the checkpoint, drink water, (eat) hot food, and keep going.”

Here’s the best part: Her husband, Dan, was tasked with driving little baby Yeva to the first and second checkpoints to meet up with mom for breast feeding along the way. She also took a portable breast pump with her and stopped several other times to pump along the wilderness trail.

“Nothing is more important than baby,” she said. “That is why I tried to find balance, keep my milk.”

She lost a lot of time doing it — 15 to 20 minutes each stop – but still managed to finish as the third place woman in 31 hours, 44 minutes.

She says she did it to show other women what’s possible. If she can do this with a baby, what can’t you do?

“If my story will inspire someone,” she said. “You can have baby, you can ride your bicycle, you can live your style of life, and nothing (has to) change.”